The area in and around Deadwood, South Dakota is another area that is filled with history, scenery and wheeling to be had. The Black Hills are known for their historic days of the gold rush, gambling, outlaws and dirt road main streets where there were gunfights and lawlessness abound. Famous for the shooting and death of Wild Bill Hickok at the #10 Saloon, Deadwood had many recognizable names, Calamity Jane, Seth Bullock, Teddy Roosevelt, Buffalo Bill Cody and dozens of other famous people memorialized in the days of the wild, wild west walked the streets of Deadwood in its heyday.

There is some great wheeling in and around Deadwood, in addition to all of the mining that went on there was and still is a large amount of logging that goes on to supply the surrounding area saw mills. Those logging trails became wheeling areas that still take you by some of the old mine sites and homesteads that have long been abandoned and are just pieces of history rotting in time. The trails are a mix of two track roads winding through the trees and hills to water crossing and dried up creeks that are filled with small, medium and large boulders that challenge even the most equipped rigs to the point of breakage and failure. One of the areas annual events is the Dakota Territory Challenge that brings enthusiasts from around the country to take on the challenge of the Black Hills. A weekend filled with dozens of modified rigs from Chevy’s, Ford’s, Jeeps and Dodge trucks and even custom creations all trying to be the best.

While staying in the Deadwood area there are plenty of things to do in addition to the wheeling, there are several casinos, small gift shops and tourist attractions to keep visitors busy during their stay. One of the areas attractions which happens to be owned by Kevin Costner “Tatanka”, the story of the Bison and the native Indians to the area. One of Kevin Costner’s most recognized moves was Dances with Wolves and a large part of it was filmed in the Black Hills and surrounding area. Tatanka is not only the story of the Bison but also the story of the Lakota Indians and their plight for survival and how the Bison were vital to it. Just on the northern edge of town the visitor’s center is well marked and easy to find and well worth stopping to hear the story, take in the presentation and get a sense of what it took to survive on the plains as a Native American Indian. 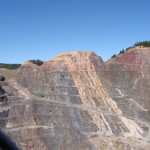 A shot of the open pit gold mine. 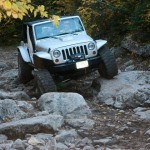 So, you want rocks? 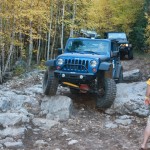 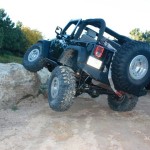 Sometimes you just have to stop and play for a minute. 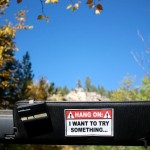 Anyone ever hear this before? 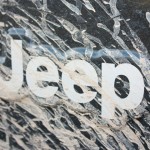 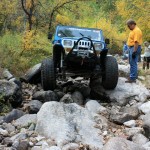 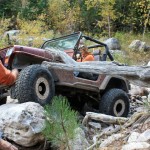 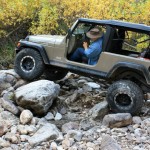 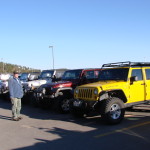 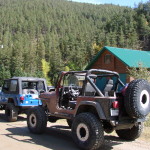 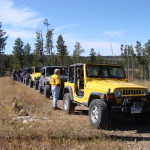 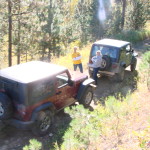 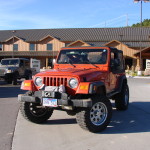 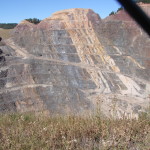 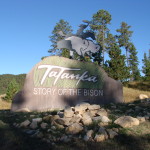 Well worth stopping and checking out the Lakota history. 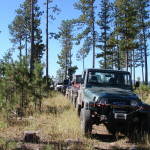 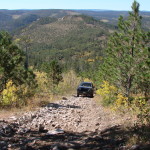 It doesn’t look it but this is a long, fairly steep climb with lots of loose rock. 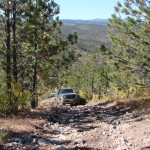 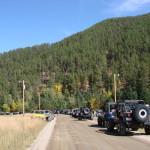 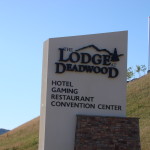