We get a real world test of the new Patagonia X/T from Milestar Tires.

Over the years I have tried, tested and reviewed dozens of tires from multiple manufacturers. I’ve run everything from mud terrain tires, all-terrain tires and yes, even the old tractor looking military tires. The reasoning for so many variations is about as extensive as the numerous brands and styles of tires tested. With the experience of running so many variations, I have developed a preference of which tire I’ll run based upon how each vehicle will be used. If I’m going to primarily be running trails, I want a good tire that will be pliable or may have good side biters. If I plan to drive on pavement 95% of the time, I want comfort. It may sound obvious, but tire selection can dictate your vehicles performance on and off trail in so many ways!

My first exposure to the Milestar® lineup was the “Patagonia M/T” when it was initially launched in 2017. I tested and reviewed the tires for a “Tire Test” article for JP Magazine also in 2017.  The Patagonia M/T’s were mounted on “Teracon” a 2014 four-door Jeep JKU Rubicon with extensive suspension modifications. This test was performed on paved roads, sand, in mud and in a variety of different trail conditions. These M/T’s performed so well in all of the conditions I threw at them; I have since added them to other Jeep builds I am currently working on.

From my previous experience with the Milestar® brand, it made sense to look their direction for replacement tires for my old Ford workhorse. This specific 2001 Ford Power Stroke is my “go to” vehicle when I have to haul a Jeep to a trailhead, pull a 25’ fully loaded snowmobile trailer or simply, when it comes time to move anything of significant weight. This pickup sees all types of weather conditions and varying terrain year round. Under these demanding circumstances, I need a tire that will handle snow and perform in mud or wet road conditions.

This truck has a leveling kit allowing for a larger tire diameter, but unfortunately came with 16″ wheels from the factory which limited my tire options. I reached out to the folks at Milestar (a subsidiary of Tire Co.) to see if they had anything that might be close to what I was looking for. Originally I was looking for a 285/70/16 and wasn’t having much luck. I was told that they had a new tire that was about to be launched in a 285/70/17. Knowing I could make that work, I went ahead and upgraded the wheels at the same time.

After hearing the new “Patagonia X/T” would soon be available, I felt it just might fit my needs. This new platform was being represented as more than just an “All-terrain Tire”. Based on the description of what the tire was designed to do, and the type of terrain it was intended to be used in, it sounded like the perfect match.

After finally finding wheels to fit the new tires, I took them to CMB Auto in Thermopolis, Wyoming for mounting. While the guys were mounting them I wanted to get a little bit of technical info related to the tires. The average tire weight worked out to be around 66 lbs. each with roughly 3.5 ounces per tire to balance. 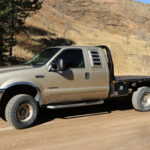 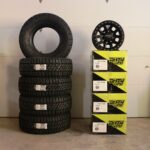 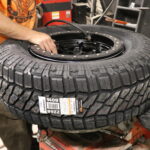 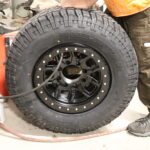 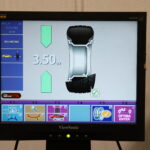 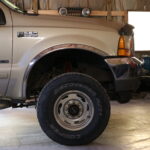 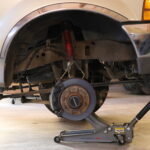 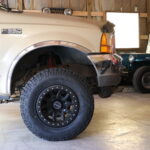 The new X/T’s are a radial constructed tire that are advertised as being made from a “cut and chip resistant compound with a rugged 3-ply sidewall that is utilized for enhanced durability in rough conditions”. These tires have a surprisingly aggressive sidewall providing for extra traction in those demanding situations where just a little more bite can make a huge difference. They have Q, S and T speed ratings with a tread designed for optimal water dispersion.

By the time the tires were on the truck it was fall and with fall, comes hunting season. The tires got their first off-highway exposure to a mix of mud, muck, clay and rocks. From there it was varying terrain with washed out roads and hills to climb. On the first trip out I was pleasantly surprised at how well the mud cleaned out of the tread. I did notice the smaller rocks seemed to have a tendency to get stuck in the tread pattern. With how the tires handled initially, I began to look forward to see how they’d perform in the snow. Throughout the winter months the truck was used for daily use as well as long and short snowmobile trips. On these trips, the tires performed exceptional on all winter surfaces from ice, to light, heavy and deep snow conditions. 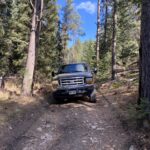 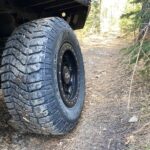 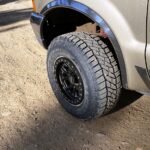 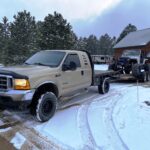 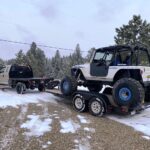 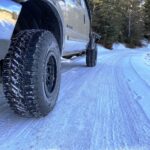 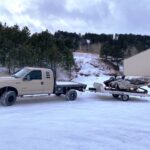 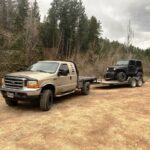 Winter is over and spring has arrived bringing the wet and muddy climate that comes with the spring runoff. These spring conditions have presented new demands and opportunities to continue to test the Patagonia X/T. So far they’ve handled all I’ve thrown at them, even when I was simply trying to push the envelope. 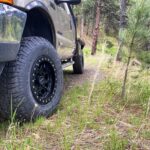 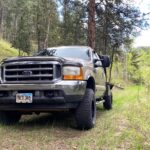 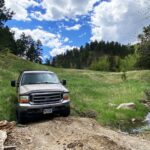 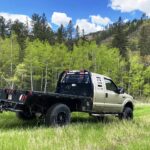 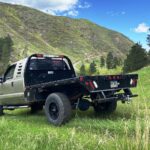 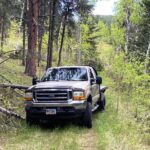 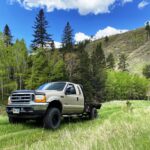 Pros: There are several things I like about these tires and this brand. Whether it is on a build intended for car shows or a daily driven workhorse, I like a tire that has a bit of attitude by design. The Patagonia X/T has a 40k mile limited warranty. With maintained tire pressure and regular rotation, I hope to get 3-5 years worth of use out of them. They handled all of the terrain variations equally well making it a great all season option.

Cons: I didn’t have much for the “con” list, there were a couple small things that did stand out. Like the MT’s, the tread pattern does grasp the small pebbles that at high speeds, were dislodged and became projectiles. The only other notable mention is the noise level on concrete. Anytime I drive on concrete surfaces at high speeds, the tires have a tendency to  sing a bit. Neither of these are real “cons” just notable notes from the testing. 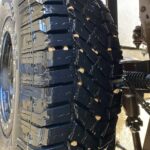 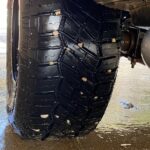 Overall, I am impressed by what I have received for performance and value from the new Patagonia X/T.  Another great addition to the Milestar lineup. I have no doubt it too will become a wildly popular tire, much like the Patagonia M/T. I have now run variations in size and tread pattern of the Milestar Patagonia’s on multiple vehicles. From my experience, I  would not hesitate to recommend the Milestar brand or varying platforms to others for their vehicles.

Editors Note: The testing for these tires was done over a 9 month period and were driven just over 9,000 miles. The tires were rotated twice and run with a constant air pressure of 65-73 psi depending on the use.